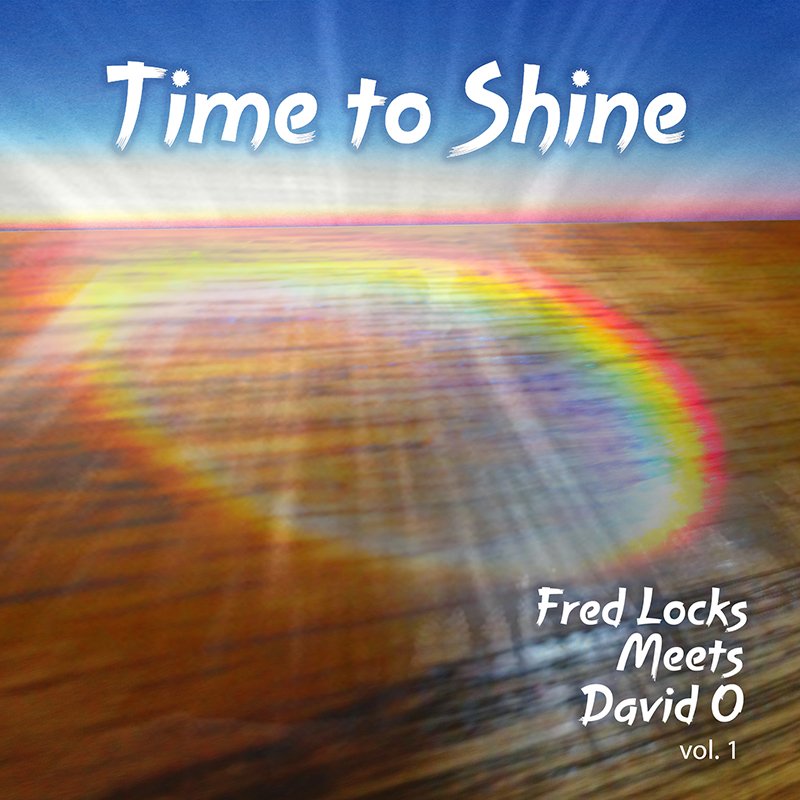 Posted at 15:22h in News, Project by duplexrootadmin 0 Comments
0 Likes
BUY on Amazon BUY on iTunes BUY on Bandcamp 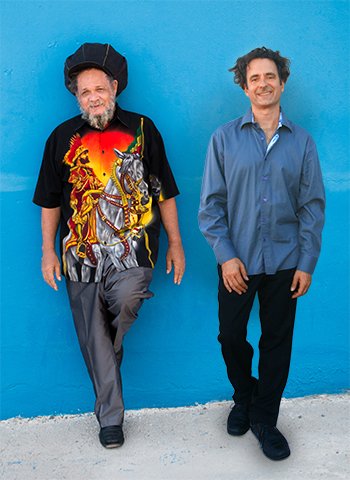 Fred Locks is a vocalist of distinguished Jamaican musical lineage who has been playfully referred to “as the oldest new artist in reggae music.” From 1967-68, Locks’s rock steady group The Lyrics recorded five songs with pioneering sound system promoter and producer Sir Clement “Coxsone” Dodd in his Studio One. On the rhythm, Music Like Dirt, originated by the Lyrics, Bob Andy did a song called Desperate Lover. Locks cemented his reputation with his 1976 debut solo album Black Star Liner, hits from which include “Black Star Liner” and “Time to Change,” recorded in Vincent “Randy” Chin’s studio. Another well known track, “True Rastaman,” was recorded at Duke Reid’s Treasure Isle Studio at the same time that Bob Marley was cutting classic sides with renowned producer Lee “Scratch” Perry.

Time To Shine presents both Fred and David in a “new” light provided by recording techniques that are respectfully old-school in their exclusive use of non-digital instruments and live takes. David, Fred and P-Tah oversaw the vocal tracking at Raswesah Studios, Caveman Studios, and Computer Paul’s Bootcamp Studio in Jamaica, and David recorded and produced the instrumental tracks at his own Duplex Mobile Studios, and other notable studios in Brooklyn. He considers the extra time taken to record each instrument to be crucial to the organic-sounding end result, where “old meets new that respects the old.” As he puts it, “In a world of ‘copy-and-paste,’ I did not even allow musicians on this project to play it once and then fly the pieces around. If the identical horn line came up three times in the song, then we played it three times. You hear the slight difference in inflection and feel each time as the song builds, like a live show. So, although we did the sessions in a multi-track format, this is very close to a live experience.” 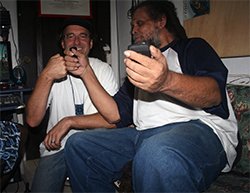 This approach would not be possible without the deployment of the best musicians in roots reggae. Major players include singer, keyboardist, and arranger Horace James, the Grammy-nominated musical director of Israel Vibration; guitarist Andy Bassford of the Grammy-winning Toots and the Maytals; Fabian Cooke, Grammy-winning mix engineer for Ziggy Marley; Grammy-nominated Latin Jazz trumpeter Ozzy Cardona; Kevin Batchelor, trumpeter for The Skatalites; percussionist and lyricist Peter “P-TAH” Seale of The True Persuaders (who also introduced David to Fred); and father-son duo Courtney Panton Sr. (rhythm guitar and bass) and Courtney M. Panton (drums) of the New Kingston band.

The thirteen-track album offers euphoric anthems, tracks with extended stately instrumental breaks, and simmering compositions. Fred Locks’s distinctive voice and turns-of-phrase take center stage on Time To Shine. Several of the album tracks recall the songwriting of ska’s early 1960s heyday, when riddims took shape around singers’ melodies and lyrics rather than the opposite approach characteristic of reggae since the 1980s.

Time To Shine was preceded by the single “Live to Love,” which opens the album and has a fascinating history. Upon returning to Brooklyn from a

tracking session in Jamaica, David and Fred had a follow-up conversation about a lyric Fred wrote in 1962 in his first band when he was 12. Fred sang the hook into the phone with a click track, and the music was built around the vocals, with the resulting seedling idea becoming the infectious “Live to Love.”

Each vocal track is followed by a beautiful instrumental vibe track as well, featuring the dexterous and unique sound of horns from David O. “I wanted to let the music take on a complimentary vibe from the stately vocal work of Fred Locks, and spotlight great work from musicians who don’t always get their time to shine.”

Other standouts are the galvanizing title track, the majestic “No Bad Feelings,” and the sweetly in-it-for-life track “Reggae Addict.” The “Time To Shine” bonus dub mix contains singular intergalactic atmospherics, the work of Fabian Cooke, a highly regarded drummer, arranger, and producer. “Love Don’t Take No Holiday” is a classic re-issue from the original vinyl 10 inch that kicked off the collaboration between Fred Locks and David O. Long time friend P-Tah produced the vocals with Fred while he was on holiday in Harbour View Jamaica, so the tune has a second meaning, that “love for the music didn’t have time to take a holiday.” For “Reggae Addict,” David recalls: “The first night in Jamaica, we went around to Fred’s yard to say ‘hi’ and plan out the next days sessions. Within minutes, the vibes flowed and we were off to Raswesah Studios right away, where this magical tune downloaded itself direct from the cosmos.”

Time To Shine represents the profound connections of two acclaimed musicians coming together from disparate backgrounds to deliver a universal message of love and unity. “On a global level, the songs on Time to Shine speak to all people, regardless of their work, occupation, or culture,” David O. says. “Fred and I believe now is the time for each of us to shine forth with an individual and personal clarity with the intention of uplifting all those around us. With this album we want to tip the balance one person at a time. “

Reflecting back on Time To Shine, David O. says: “I am thrilled to be bringing this concept of Time to Shine to the market. Fred Locks is a great singer from the original reggae days, and, on this record, I get the opportunity to put forth my own musical vision. My overall goal is to create an evolution and unique reggae sound, to turn the wheel a bit, paying homage to the old while opening up a new door. So the fact that I have been blessed to work on this project with one of the great foundational singers of reggae and present his sound in a new way has been very fulfilling for me as a producer. It is the perfect blend of the old meeting the new, and throwing all these great elements into a pot. Time to Shine creates a great new tasty dish.”