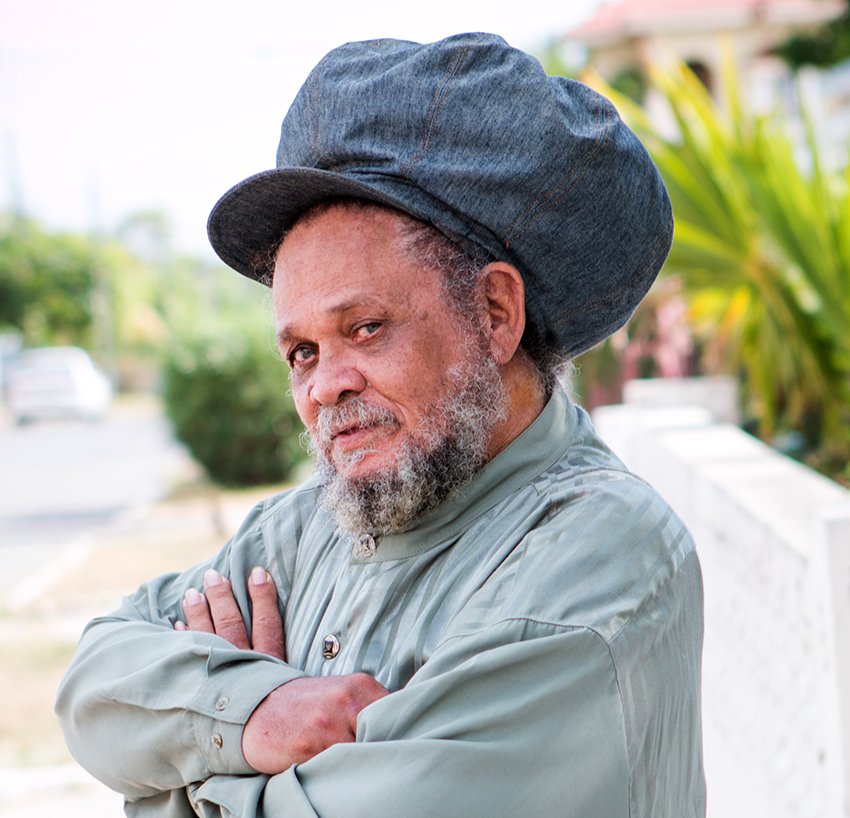 Posted at 16:01h in News, Project by duplexrootadmin 0 Comments
0 Likes 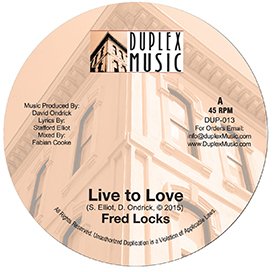 Now available for free in the Duplex Music MP3 player, just fill out the form anywhere on the site to get the tunes, and to be entered in a raffle for a free copy of the vinyl as well.

The vinyl-only single “Live to Love/Misty Love”, out on October 9th, is the culmination of an eight-year partnership with Brooklyn producer David Ondrick, “David O.” and Roots Reggae Veteran, Fred Locks. This release introduces the inimitable vocals and lyrical prowess of Jamaican roots reggae stalwart Fred Locks to a younger generation of fans thirsting for the foundational sound of 1970s Kingston.

Fred Locks is the oldest new artist in reggae music. From 1967-68, Jamaican artist Fred Locks started his career in a rock steady group The Lyrics, and recorded five songs with pioneering sound system promoter and producer Sir Clement “Coxsone” Dodd in his Studio One in Kingston. Later, Fred Locks cemented his reputation with his 1976 debut solo album Black Star Liner, hits from which include “Black Star Liner” and “Time to Change,” both recorded in Vincent “Randy” Chin’s studio at the same time that Bob Marley was cutting classic sides there with renowned producer Lee “Scratch” Perry. Other hits from the same album like “True Rastaman” were recorded at Harry Js and Treasure Isle, iconic studios in a golden era of roots reggae.

David Ondrick, known as “David O,” has been a fixture of the NYC Latin music scene for the past decade as a saxophonist and backing singer, most recently for the Latin fusion band Sonido Costeño. Starting in the mid 1990s, he applied the production skills he had honed for ten years as Technology Director at NBC Studios to reggae tracks with “Coxsone” Dodd, Skatalites saxophonist Rolando Alphonso, and producers within the Brooklyn reggae scene; this includes Karl Wright, Grammy nominated drummer for Monty Alexander’s Harlem Kingston Express, and Courtney Panton Sr.

The A-side of the single, titled “Live To Love,” lyrics were initially written by Fred Locks in 1962 at age 12 while he was in his first group, The Flames. It was never recorded or performed, but Fred’s band, The Lyrics, rehearsed it five years later. Fast-forwarding to 2015, David O never heard the original instrumental arrangement of the tune, only Fred’s melody and lyrics. As he recalls, “We [he and Horace James] sent Fred a click track and recorded him singing the song and bridge ideas right into Pro Tools over the phone. Then we set up a musical structure around the lyrics, which then allowed me to produce the live music.” The B-side of the single, titled “Misty Love,” is the instrumental version of “Live To Love,” featuring David’s saxophone work. “Live to Love/Misty Love” is set to be released in anticipation of the full length album Time to Shine, Fred Locks Meets David O, Vol.1.

“Live To Love” and B-side “Misty Love,” presents both Fred Locks and David O. in a “new” light provided by 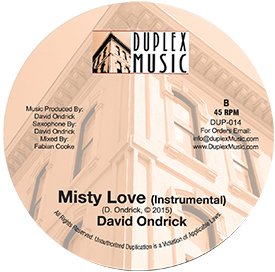 recording techniques that are respectfully old-school in their exclusive use of non-digital instruments and live takes. Fred Locks oversaw the lead vocal recording at Caveman Studios in Harbour View, Jamaica, and David recorded the instrumental tracks and background vocals at his own Duplex Studios in Brooklyn. He considers the extra time taken to record each instrument to be crucial to the organic-sounding end result, where “old meets new that respects the old.” As David O. puts it, “In a world of ‘copy-and-paste,’ I did not even allow musicians on this project to play it once and then fly the pieces around. If the identical horn line or backing vocal came up three times in the song, then we recorded it three times. You hear the slight difference in inflection and feel each time as the song builds, like a live show. So, although we did the sessions in a multi-track format, this is very close to a live experience.”

Fred Locks is a veteran performer who can expertly move between intimate settings and festival-sized crowds, he is planning a tour of Europe, Canada, South America, Africa, and the Caribbean with his “Soldiers of Sound” band in support of Time To Shine, Fred Locks Meets David O, Vol.1. With this release, the time has clearly arrived for him to shine forth to the world as “the oldest new artist in reggae music.”