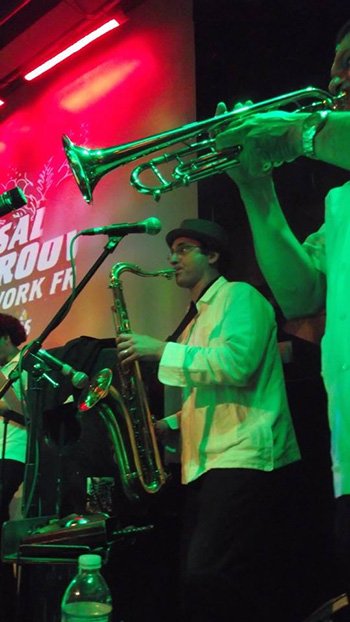 Duplex Music is the home base for Brooklyn producer and musician David Ondrick. The mission of this company is to put out music that is both soulful and organic, because the idea that music can make a positive influence on people is never out of style. David has been playing music since grade school, taking an instant and now life-long interest in the saxophone.

Combine that passion for music with over 10 years in new media production and technology direction at NBC Studios in New York, and you begin to see where the drive comes from to put out material that is definitely of the highest quality and caliber.

“I set my sights high,” says David, “whenever I get to work on a production project I make sure to include the intention that the song will reach people in a positive way.”

David lives in Brooklyn with his wife and daughter, and is always looking for opportunities to collaborate with producers and to work with companies to license and distribute his works to help his music reach a broader audience in a positive and uplifting way. To contact David, click here…